There is something ethereal about rainy days, those days that swing between gentle and vicious pouring inexhaustibly. Always alternating between the two, never a lapse. Perhaps something even more particular about this hurricane Friday were the most fortuitous follies I had fallen upon this afternoon.

I had gotten out of work early today luckily, but had no alternative to my dress flats unluckily. My subway station required a long trek ahead so I hobbled along the sidewalk, ducking from awning to awning. During this process, I had almost inflicted splashes on a poor passerby who was looking for shelter like me, exchanged apologies with an adorable brown-eyed stranger who was waiting for someone to come home, and jumped about a foot after some homeless dude shouted something at me near Grand Central. Typical NYC day, but somehow the weather of backdrop made everything feel different. Like IQ84 different. 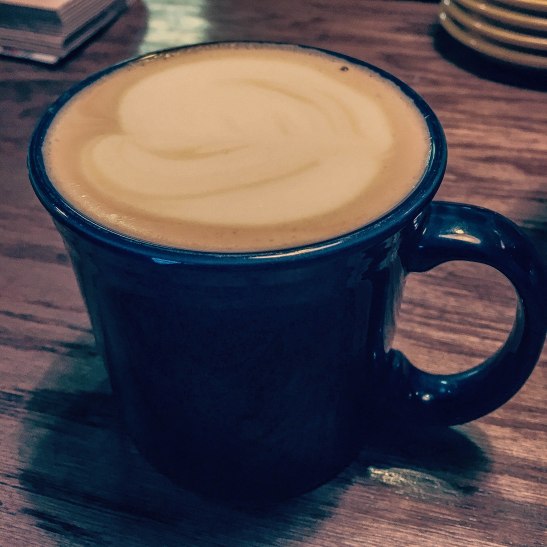 And just as I was looking for a place to dry my soaked flats, I stumbled upon Lucid Cafe... an old friend of mine that I had frequented with Chwissy-poo eons ago. Like the Narnia closet, it popped up around the corner, reading my subconscious desire for a warm drink. I got a Chai Latte to stay, my attempt at recluse from rain. This cafe was as minute as I remembered… Without a place to sit, I squeezed in with a group by the window.

As I sipped on the subtly spicy, aromatic tea, I couldn’t help but notice the interesting quartet of conversationalists. Two Korean women, likely late 20s early 30s with two Caucasian hipster-looking dudes around the same age. Double blind date? Coworkers? Old chaps? I wondered to myself when I heard “Coffee Prince” and spontaneously uttered, “Omg, I love that drama!” The four people stared at me and somehow I wound up giving Korean drama recommendations to these strangers. Then later humbly subdued when the cafe owner came back. They were all old friends. Makes sense.

I slipped back into voyeurism, watching the rain and the friends. It’s an odd yet wonderfully whimsical position to be in the Nick Carraway role. I’m no Spiderman, but I do like to perch on the wall and eavesdrop. The laughter I overheard had more of a warming effect on me than the latte. As I left this magical little coffee shop, I thanked the barista and bid farewell to my Gatsby friends. Until next time, Lucid.

Lucid was not the only lovely cafe I visited today. I had stopped by Perk Kafe this morning for a fresh cup of cortado. While attempting to perfectly center the cup for a photograph, the unstable table literally stained coffee onto my work pants and umbrella. Quite hilarious actually, since this caused me to emanate espresso scent toward all the patients today.

No matter, since Mr. Bearded Beanie Barista kindly made me a new one, this time with a small plate for stability. The cortado had a profoundly bitter and aromatic espresso flavor, gently cut with steamed milk. I enjoyed the raw coffee bean perfume that clung onto me for the rest of the day.

I had also tried the Honey Almond Latte, which was the more unique drink of the two. Still made with coffee, but softened with almond rather than whole milk, leaving a rich nutty flavor. Paired with the slightly herbal taste of honey, the combination resulted in a unique, refreshing, wholesome drink. If I were to return to Perk or visit its new Upper East Side location, I would probably try this drink hot or without ice. The complement of flavor is too special to be watered down by ice.

At Grand Central Station, Underground Horns were putting on a spectacular snazzy, jazzy show. The chug of trombone, saxes, and drumming of all pitches tugged at whatever swing-dancing memory my muscles still remembered. I think I might have caught them at Herald Square before… A day of déjà vécu. I ended up swing-dancing in the subway with a pole when the train decided to violently sway me towards a dilapidated homeless man muttering to his tattered Bible. I caught the eyes of a middle-aged man with watery blue eyes who spoke in an Eastern European accent that I couldn’t quite pinpoint, “This driver must be drunk” in an omniscient Eastern European manner. I mentally chuckled at the stereotypical irony, which translated into a nervous grin.

It’s for moments like these that I still take the subway no matter how stormy or delayed the tracks are. Haha.