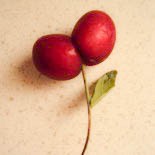 After failing to get reservations for Le Bec Fin, Ninja-Kitty suggested trying out a seafood restaurant. And of course me being a fan of all edible items from the ocean (but then again all organisms did come from the ocean), I happily obliged. We decided on Devon Seafood Grill, ran it through our group of friends, and after much stressful scheduling finally chose a date that worked out for everyone. Woots! 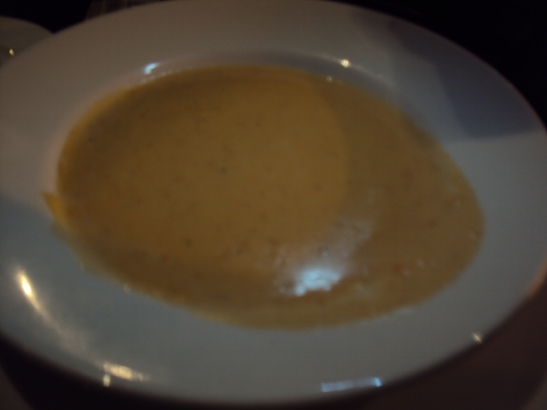 For the first course, everyone at the table ordered the Lobster Bisque, which was probably the best choice out of the other appetizers offered for the Restaurant Week menu. It was wondrously creamy, but not too heavy on the palette with a delicious scent of lobster. There seemed to be teeny little bits of meat within the soup, so small that they were barely noticeable. The best part was probably a slight zing of spice, which nips the tongue teasingly. 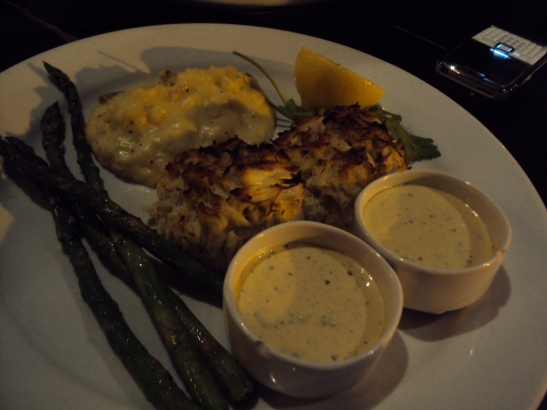 Ninja-Kitty and I both selected the Crab Cakes for our entree, which came with mango tartar sauce, whipped potatoes, and grilled asparagus. The crab cakes were so legit! They weren’t like the pasty artificial kind filled with mayo that you get at a supermarket or fast food restaurant, but rather a synergy of fresh crab meat chunks, breadcrumbs, light cream, and delicious seasonings. They tasted good dipped in the tart tartar, but I actually preferred them without the sauce. The savory blend of spices and unadulterated crab flavor was perfect enough by itself! 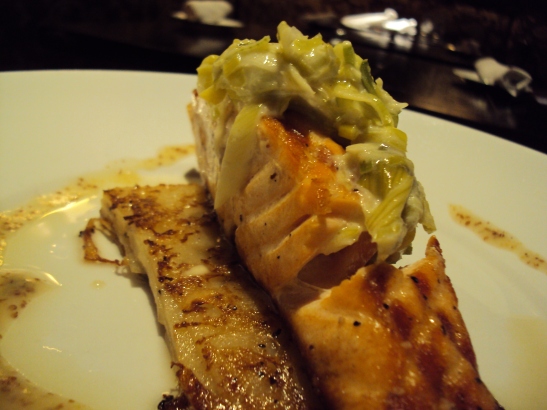 Di and Munkee both got the Grilled Salmon Panazella, which I had a bite of. The salmon was pretty well grilled, neither overcooked or undercooked. The flavors really went through too, so overall it was a pretty good dish.

K-Mart was the only one in our group that got the Seared Georges Banked Scallops. I didn’t get to sample this one, but the presentation was nice and he seemed to enjoy it! 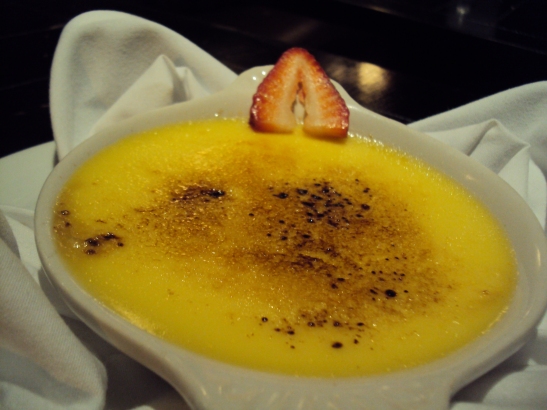 The desserts were far less impressive. I got the Vanilla Bean Creme Brul ée, which turned out to be too sweet and eggy. The caramelization of the top was nice and crunchy, but the rest of the cream was just too much. There was no dimension to the sweetness, so it ended up just being saccharine. I couldn’t even finish it! I definitely prefer Sugar Philly’s rendition of creme brulée by far.

Overall, it was a pretty good experience. The venue was classy and had a nice view of the city. The service was moderately good as expected from a high-class restaurant. The soup and entree exemplified the deliciousness of properly cooked seafood. The dessert was rather disappointing, but I won’t hold a grudge against Devon for this since it is mainly a seafood restaurant. Although I’m still a bit dismayed about not getting a table at Le Bec Fin, I’m glad we had a lovely time at Devon!