Disappointment in the City

Today I suffered two major disappointments when eating with Athena. First off, we stopped by Lily O’Briens by Bryant Park for some sweets. 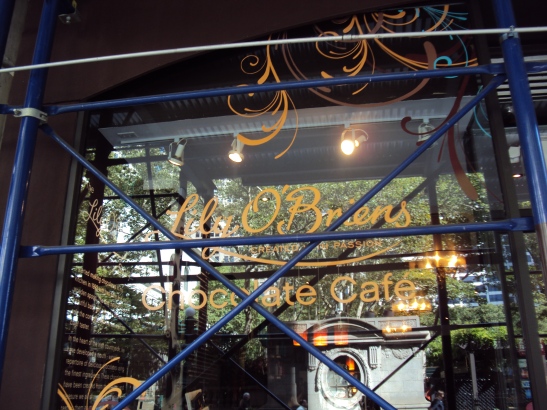 We shared a large frozen chocolate frappe after the lady at the counter denied the “2 frappes for the price of one” deal posted on Yelp. Well, alright. The drink was pretty good. Milk chocolatey and rich, the chocoholic in me approves. However, for the price of $5, I would rather just pay an extra dollar at Godiva for a Chocolixir, which tastes much richer and offers more variety.

We also got some macarons and I got a brownie. The macarons were meh, and the brownie was a huge letdown. My rosewater-lychee macaron was hard and crunchy, the complete antithesis of what macarons should be: light, airy, and chewy. This suggests that either the macaron was poorly made, or that it had been left out for an extremely long period of time (which also suggests that it’s not very popular and that the storeowners are cheap…)

The white chocolate macaron was slightly better, since it had a consistency closer to that of a true macaron. However, it still isn’t a true macaron since it was still too hard, heavy, and ordinary…

The brownie was dry and lacked chocolatey-ness. It was also pretty hard, resembling more of an over-baked cookie than a brownie. 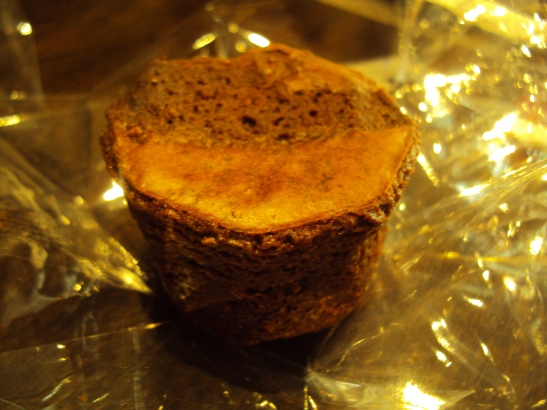 The second disappointment was dinner at Stecchino, which was absolutely awful. We split an appetizer of PEI Mussels under the recommendation of the waitress. These turned out bland with a fishy aftertaste. The tomato herb sauce was passable, but collected at the bottom of the dish instead of embellishing the mussels. Hence, why the mussels were rather flavorless… 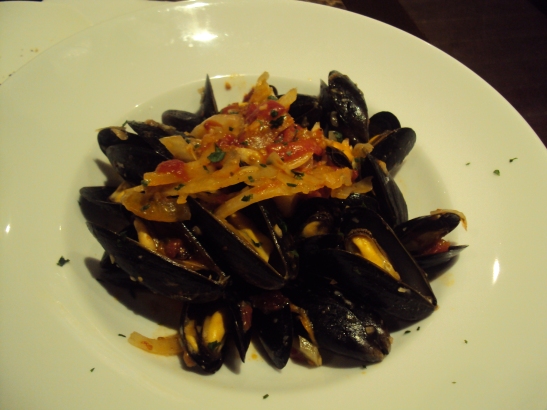 I asked for the Grilled Salmon cooked medium, since the description said it came with pesto (and I’m a huge fan of pesto!) This dish was alright, but nothing special. I mean, I enjoyed the salmon but that’s more due to my undying love for salmon instead of the skill with which it was grilled. I liked there was some pesto placed on top, but it didn’t blend in well with the salmon. The grilled veggies on the side were again, boring.

Athena got the Baked Filet with creamy lemony butter. She said it was dry, and I wouldn’t be surprised as some parts of the fish were baked to blackness. Gross! 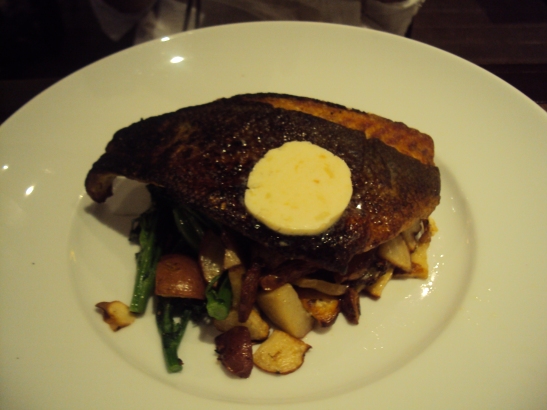 For dessert we got the Vanilla Bean Panna Cotta and 2 petite sweets of Tiramisu and White Chocolate Strawberry Mousse Torte. The panna cotta and tiramisu were pretty good, but I feel like it’s very hard to screw up on those desserts as they are in general just great desserts! (Even eating mediocre ones are pretty satisfying.) The White Chocolate Mousse, on the other hand, was pretty nasty as there were hints of maraschino cherry and other artificial flavoring.

2 comments on “Disappointment in the City”