One of the places that I haven’t reviewed yet, but actually get food and drinks from a lot is Fay Da Bakery, because it is the only Chinese bakery in Forest Hills. This is very convenient and saves me a 30-minute trip subway ride to Flushing, or an hour of imploring my parents to drive there. Although not the best Chinese bakery, Fay Da is definitely the most prevalent with locations in the Hong Kong Supermarket, Chinatown, Forest Hills, and Elmhurst.

My mom frequently buys me buns from Fay Da on her way home from work since it’s convenient and cheap (each bun is usually uner $1). She is always careful to include my favorite: the sweet potato bun.

I love eating this first, warm and freshly bought. The outer shell is flaky, followed by a soft, puffy layer of bread inside, which leads into a jackpot filling of luscious sweet potato filling. It is absolutely delicious, although I wish Fay Da were more generous with the filling, as the sweet potato to bread ratio is quite low. 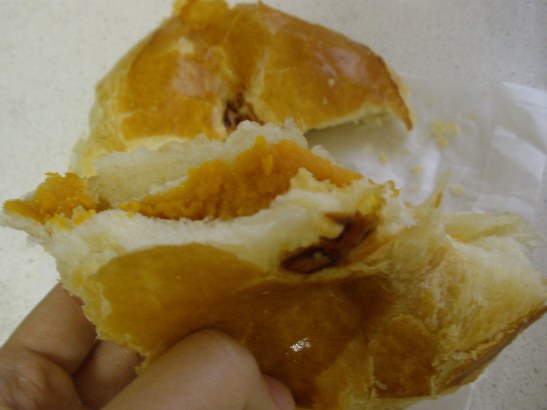 One of my mom’s favorite buns is the scallion and pea twist, for those who prefer savory breads to sweet breads. This twist is somewhat salty, with bits of mashed peas and flavorful scallions knitted neatly inside the twist. When I eat it, I am reminded of garlic knots, except without the garlic and on a lighter bread.

Another one that my mom really likes that I’m okay with is the taro bun. Perhaps it’s because I often eat it cold, but I’m not exactly crazy about the taro bun. It’s just a nice soft a bread with smooth sweet taro on the inside, which I have neutral feelings about: I don’t hate it, but I don’t love it. Among these three breads, taro would probably have been my last choice.

Last but not least, I really have to say something about Fay Da‘s bubble tea (drink originated from Taiwan with tapioca balls present). Depending on what you order, Fay Da‘s bubble tea could be awful or among the best. Don’t ever just get fruit milk tea or powder smoothie! Those taste disgustingly artificial and bland. However, for the same reasonable price of $3, you could order a fruit slushie, which is refreshing and sweet! In fact, I would say putting Ten Ren and Quickly’s aside, Fay Da‘s slushies would be #1. I strongly recommend the grapefruit slushie, which is what I got two days ago. I know that usually grapefruits are bitter, but Fay Da‘s slushies are on the saccharine side, so the grapefruit flavor gives the sweetness a nice balance. Feeling a bit bloated that day, I asked for jellies (little cubes of gelatinous fruit substance) instead of bubbles, which was actually an improvement since Fay Da tapioca is average and not godly like Ten Ren’s. 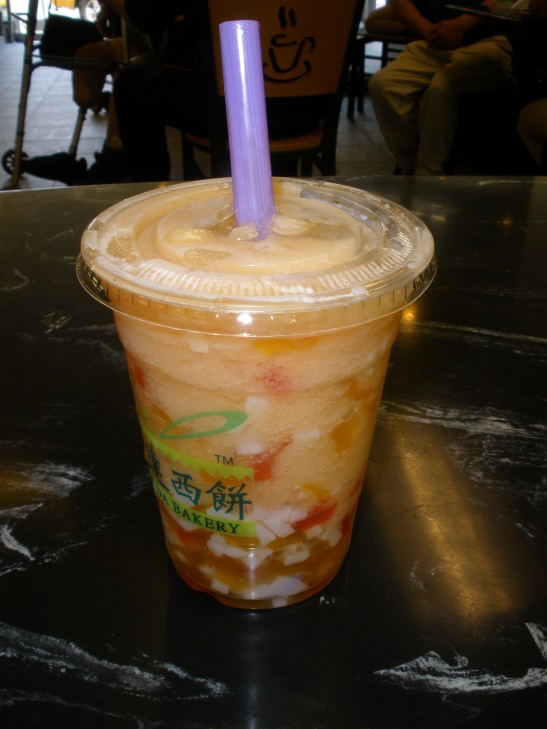 The Amazing Grapefruit Slushie with Jellies

Grade: buns get B, the grapefruit slushie gets A-

Conclusion: I love that there’s a Fay Da in Forest Hills! It’s very convenient for picking up Asian buns and good bubble tea. Sweet potato buns are the best! Always get slushie tapioca/jelly drinks, never anything else!